Finding A New Santa: New Traditions and Alternatives to Lying 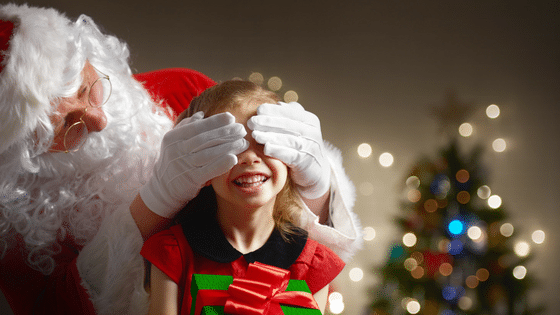 This article is not meant to disrespect the traditional American Santa myth, if you subscribe to it. It is meant for those of you who are a little uncomfortable about lying after your children ask if he is real, or a bit uneasy with normalizing a stranger entering your house at night, so I want to suggest some alternatives for doing Santa respectfully.

I grew up celebrating both Chanukah and Christmas with Santa. I was skeptical of Santa. Each year I asked my parents if he was real and they promised, “YES he is!” When I was 9, I asked again and my father said that I finally was ready for the truth. I felt devastated, not about Santa but about that fact that so many adults in my life had bold faced lied to me repeatedly when I had asked.  Then I had my daughter and my first inclination was to say NO SANTA IN OUR HOUSE! But of course all the family members on her other parent’s side did Santa big time and then how do you handle the other children if your child is the one who doesn’t believe?  And the grandparents were going to force it anyway and my very verbal 2.5 year-old quickly told me in her own words that I was a Christmas Curmudgeon and in Scrooge-worthy proportions because I was trying to avoid the consumerism as well.  “Mommy, why don’t you want to love Santa, why don’t you believe? They say he is real. I want all the presents! I want Santa!”

If she clearly wanted Santa, she would have Santa; even though I was horrified by the STORY OF A MAN BREAKING INTO MY HOME AT NIGHT.  My vow was to figure out how to find my own Christmas calm, hold my boundaries only where it really counted, get my own fears assuaged and still let her have the MAGIC.

Not to Lie, Confirm, or Deny. I have simply tried to stay out of it and let other family members handle Santa. My daughter has not yet used the words “Is he real?” when she talks to me. I think that is because she knows I ALWAYS give her the real, adult truth (in kid language). Maybe she doesn’t really want to know the truth.  I have also asked everyone around her to not outright lie to her and just say “YES, he is!” I suggest they instead can ask what she believes, or say they believe in the magic / magic of the story. I do not put out cookies, we skip that part because it feels like getting deeper into a lie when there is hard physical evidence that Santa was there. I let someone else who believes the story put out a “from Santa” present. I do not want figures of him in my home, but I am looking at one right now. My stepson loves figurines. I try to think of the Santa staring at me like one of the bazillion princess figurines – just a character from a story. There are ways I simply try to stay out of it unless I am specifically asked. I try to use “I” statements. “I won’t do the elf on the shelf. That part makes me feel uncomfortable but other people feel differently. Sweetie, you get to believe however you want to believe!”

Santa doesn’t break and enter. I told my child that the chimney entry is just part of an old story and was never really real – we read stories that try to find the actual history and no chimney was involved. I tell the kids that parents always know when a visitor is at the home and parents have to be the ones to let the visitor in.

No Forcing Santa’s Lap. Are we serious? I am willing to be judgmental on this one in order to protect children. Of course, (because it creeps me out?!) my own child is absolutely chomping at the bit to sit on Santa’s lap. I let the other parent take them because the whole thing is just personally not my thing. Afterward I make a huge point of mentioning that in any other occasion we do not sit on the lap of a strange man we have never met. We sit on Santa’s lap if we want to, as tradition and because our parent is standing right there. But forcing them when they say no, say they are scared or cry? I can’t mince words, I feel this is child abuse and it teaches the child that they do not have the right to bodily autonomy which is the original set up for being easily sexually abused or easily abducted.

Diversity in beliefs. When I am asked about whether I believe, I have mentioned how some people believe in God, some don’t. I told my daughter that I believe in my own version of God because I feel a protective joyful, connected feeling in my life and I want to call it something. That I don’t feel strong feelings of loving Santa but that I identity more with the Christmas spirit of kindness and giving – that I like to make presents and give them. Then I talk more about the parts of Christmas I do believe in and love: lights, yummy smelling trees, hot cocoa and fuzzy socks, snow, or even the just the hope for snow. I say I’m not Christian but I am “Christmassy.”

Other kinds of magic and kindness: I told my child that magic makes us feel joy and feel like anything wonderful is possible.  I ask if she believes in fairies. “I do!” she says. I ask if she is sure fairies are real. She says “No.” I tell her I think she believes anyway because she loves the idea of their magic and fun. Since we celebrate Chanukah we talk about how the can of oil was only supposed to last one night but somehow lasted 8 nights. How is that possible? It’s magic. We aren’t sure if it is true but on this holiday we believe it. Even if it weren’t true, we would want to celebrate this fun holiday and this magic of oil (and chocolate and donuts holes and dreidels and gifts). If it comes up, we also talk about Jesus like magic and like a story. For the progressive Christians I know, it isn’t so much about whether or not Jesus saved you from your sins; it is about living with the kindness he showed.  Jesus and Santa are both from old stories about someone who was really kind. That’s how I explain Christmas.

Santa is inside those who give. When my kids directly ask and are ready to know, we will talk about how the magic and the joy of the story is real and is inside those who love the story and participate. Here is an article on one way to tell kids the truth about the jolly old elf. It suggests transitioning from believing in Santa to being let in on the secret that the spirit of giving is in all of us. Kids are asked to notice that Santa always looks different and might be more than one person and then get to know the “secret” that anyone can be a Santa if they want to be a giver. While I don’t agree with some of the author’s strategies, I do like the transition from being the Santa believer and the recipient of gifts to the Santa embodiment and giver of gifts. It isn’t about whether it’s real, it’s about whether or not you feel the spirit of kindness. 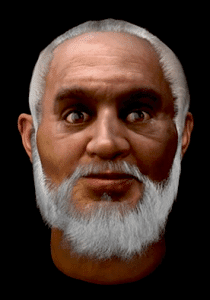 Santa is a Story.  If your family are believers in God, there is a fantastic story book called “Is Santa Real?” about Nicholas, from Turkish man to Greek Bishop to Saint. There is some fascinating historical context, as well as the fun little story of how we came to hang our stockings on the chimney. If you are not believers, you can just omit the religious words. Whatever spiritual group you identify with, you may find the need to omit certain things from the story, like the talk of dowries and selling women into slavery. Another option is to do Santa Claus independent of Christmas. The Saint Nicholas original holiday was in Greece on December 6th, then conflated with the celebration of the birth of Jesus. Bonus points if your family ever gets into the part about how Nicholas really had darker middle-eastern looking skin to go with his white beard. What a great opening to talk about skin color with kids, especially with yearly news that people are so upset at a dark-skinned Santa at the mall!

He Does not See You When You’re Sleeping, Or Awake. We can do Santa without turning him into Big Brother. We can just tell our children that that part of the story is not something we believe in our house, that nobody is watching them all of the time, that all people deserve some privacy.  The Elf on the Shelf is a big NO in my family. I am not into adding fake physical “proof” of my kiddos being watched. Many children find the tradition to cause anxiety, along with a zillion other problems with the Elf. Still, there is always a way to keep the magic and reject getting deeper into a lie. I think you can easily use that little elf and move him around at night just to be funny if we leave out the “he is watching and judging and telling” part.

All Little Children are Good. We say that nobody has to get coal in a stocking or gets presents taken away because they made mistakes. All people make mistakes and they aren’t punished by Santa. We can do Santa without turning him into an authoritarian, without using him to try to control or manipulate children’s behavior.

Tradition of Celebrating Santa, Rather than Believing In Him. Ultimately, we can focus on doing the parts of the tradition we love, as well as creating our own traditions for Santa, rather than focusing on whether or not we believe in a real person that has mysterious powers and never dies. We do the tooth fairy, too. I didn’t want to, but the other side of her family did, so I have made it easy for her to realize the tooth fairy is me, but she still loves it. [I am a terrible tooth fairy and have forgotten twice! I say what do you think happened? She says “Maybe she was busy or forgot.” It sure sounds like she knows the tooth fairy is Mom!] If she seriously asks, I will tell her the truth and then ask if she wants me to keep doing it!

There you have it – a great many ways to keep the magic of Santa, while respecting our children, living our values, and enjoying the spirit of the holiday season!