Is There Anything Worse Than a Gay Male Blogger?

Because I am a fully fledged life-long member of the queer party, I get to say it: there is rampant misogyny in the gay male community. Of course, this woman-hating includes moms. So I am not surprised by this article that asks, “Is there anything worse than a mommy blogger?”  I am only barely annoyed.

Apparently, yes. There must be worse things. Because I am a mommy blogger and half of the people subscribed to my feed are not parents, some of them are even gay men.

Yes, it is essentialist (to use the academic term) to lump bigoted mommy bloggers with the rest of us. But I’m actually here to defend this guy. It would be easy to be all P.C. and not also look at this as someone who was trying to be funny as a way to introduce his point. But I’m a funny person. In my old gig, I wrote comedic cabaret. Sometimes, I even love offensive stand-up comedians!  When people laugh at me for being a mommy blogger, I am laughing with them.

I can actually see why that is a funny question to ask, why some people would think mommy bloggers are awful, when all grouped together! I can even laugh at it! It might even be said that there are three main types of mommy bloggers: Ones who strive to educate, tittilate, debate and better the world for their children, Conservative Religious Freaks Raising The Army of God, and Moms who mainly post craft projects and pictures of the kids. I hope to belong to the first and the third. I hate to be in a group with the second, but I am sure I even have some things in common with those mamas.

And still, I forgive Gay Male Blogger because his point was not actually trying to engage mommy bloggers or educate them. He was trying to be both funny and incendiary. Most likely wanted a fun little fight, which he deservedly got in a few places including PHDinParenting, (where I happen to have an ad for my CD up at now!) which was also a very fun read for me even though I wasn’t personally offended as a mama blogger. I can see how there is misogyny in this and how he probably needs an education on mommy bloggers.

I just feel he was trying to get a laugh and make fun of a particularly annoying person by inflating the idea that she is a mommy blogger.

But as for the mom who wrote the article Gay Male Blogger is bitching about? It was an article about not wanting to explain a gay billboard to her 9-year-old son. Somehow despite herself she has managed to paint herself as a bigot even though she desperately wants to not be. It happens every day. Unlike my forgiving of Gay Male Blogger, I cannot forgive her as easily. Still, instead of stereotyping her, I’ll take her on as one woman, not as a “mommy blogger”:

1) She lacks creativity. Any mom who works hard and mindfully at parenting could quickly find an appropriate response for a child who asks why two topless men in dog tags are leaning in toward one another. The bigots can lie about it, say, “Those army guys just got done with a workout and are whispering about the pretty ladies in the gym.”  The gay-friendly can simply say, “That’s for a place where men who love men can meet each other.” Or you can be creatively ambiguous, “That’s an ad for a place where guys who want to meet other guys to go.” If you were a queer family or one with multiple queer friends, your child may ignore the billboard already knowing that all sorts of people get close to one another, and obviously having seen this sort of ad applied to straight people before.

2) This lady lives in L.A. Being from there I know the particular strip of Cahuenga she is talking about and there is a lot of dirty advertising going on. This homophobic mama (who very well may be a liberal feminist, particularly the sex-phobic kind I abhor) was particularly offended because it was gay. And she is terrified her son will become gay by looking at ads of gay army men, since he wants to be an army man when he grows up. Period.

3) You shouldn’t have to explain the same ad to your 9-year-old every time you drive by it. Most nine year-olds are satisfied to remember one good explanation. If he asks each time, he either knows you are lying, leaving something out, or….he already finds it titillating. Not because it is a horrible billboard, but maybe because he already gay inside.    In any case, your communication skills leave much to be desired. This isn’t about billboards. This is about the fact that your are so uncomfortable about that fact that your son could be gay and that you are also unwilling to talk about the facts of (gay) life. But, billboards don’t make people gay.

Wow. You managed to get those billboards taken down but you didn’t manage to take down billboards that objectify women because those weren’t the billboards you were really concerned about. You are not a feminist at all. You are just a homophobe. 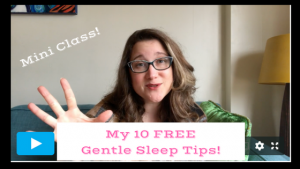