Feminism’s A Bust for Mothers: Let’s Demand to Be Seen and Heard 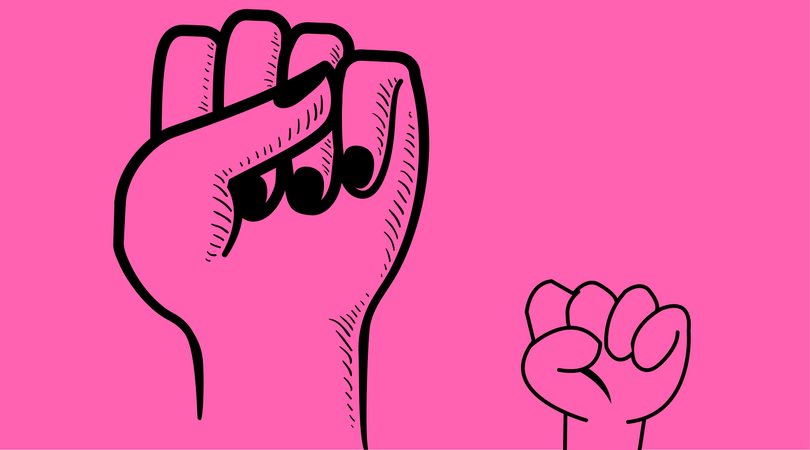 I’ve been a ra-ra feminist for 25 years. That entire time, I’ve been working with parents and children and I always imagined we were on the precipice of feminism finally empowering motherhood. I have held mamas crying on my shoulder making impossible choices and I always imagined that at any moment, the movement to support mothering would begin and feminism could finally do what it set out to do – create equity.

But feminism has not at all done what it set out to do. I am so disappointed and I feel so let down. Instead, we have ignored the specific needs and experiences of mothers to advance equality and have made things less equal in the process. Feminism focused on equality (men and women are all the same) versus equity (everybody gets what they need.)

Sure, I’m very grateful for the right to vote, agency over my body (though precariously protected), and that we’ve taken a deep dive into workplace harassment, jerk by jerk. But we’re not going to end the disrespect of women until all children see the world modeling respect toward women and mothers and see their mothers demanding that respect and equality.

But we’re so tired, I know.

The very biology and psychology of the most common way women become a mother (birth) and the basic developmental needs of children means that so many American women have turned their back to such a basic concept of equality that feminism represents. The way feminism is represented in almost ALL media is not one that includes the real lived experience of most mothers- a biological and emotional life very unique to motherhood. And so many find themselves in a patriarchal virgin/whore-esque pickle- do you want to be a good mother or a good feminist?

Feminism saw that men and women were equally able and applied that to mothers and fathers* to say that women are not different. This barely changed the culture and meanwhile ignored that biologically, hormonally and emotionally, for most folks, there is a big difference in mothering and fathering*. We have asked mothers, if they want to identify as feminists, to ignore their lived reality of the mind-blowing changes of pregnancy, breastfeeding, attachment to the child (and adoptive mothers have to work even harder here) nurturing, and carnal responsibility for any little thing that happens to the child in every minute of the child’s life. It became all of the weight of motherhood plus the weight of employment (or worry, shame, feeling beholden to a partner and trapped if you don’t work), plus all of the other life-changes thrown on mothers.

Because when you become a mother, society and family give you more than just one new job to manage. More like 4.

First shift– work for income. (We should at least sell for an MLM, right? So we can feel like some money is truly “our own”. And if you work for an MLM or for yourself, you’re supposed to mother, clean and work literally simultaneously.)

Second shifts A and B, C, D…: Mothering 24/7, providing a hygienic environment, preparing food, and clean up the toddler-made booby traps before someone winds up in the ER.

The Fourth Shift: 24-hr emotional and mental labor of protecting everyone and facilitating development (like remembering kids’ food allergies), family organizing to prevent chaos, remember to sign up for extracurriculars, holiday preparation and gift giving, nature and craft enrichment for kids, choosing the right childcare and schooling, dealing with daycare and school challenges, juggling the constant judgement of all of the ways society is telling us we could be failing our children, our marriage, our home (are you a KonMari Queen yet?), the pets, our career, an extra dose of emotional labor thinking about how we’re failing ourselves because we don’t do enough “self-care”.

And then there is being asked where something is when it is right in front of someone’s face- at work and at home. That one makes me so angry, and yet, I think we (I) enable that behavior.

Feminism does not rejoice when a woman gets a measly 3 months of time off for maternity-  feminism is proud of you for having a career that needs you back. Feminism just wants to make sure your husband gets 3 months off to make things equal. (And that’s only for higher income folks and those who are fully employed with benefits which is a smaller number every day). Feminism said stop breastfeeding and give baby a bottle so your husband can help, your child can go to daycare earlier and you can make a real contribution to the world. Feminism tells you to let dad take the night shifts but doesn’t tell you how to get baby to take a bottle or not cry for mommy. Feminism wants you to be independent of your babies but doesn’t tell you what to do when it hurts to hear your baby cry or your breasts don’t respond well to the pump.

All of the good work feminism has accomplished has added more burden onto motherhood instead of spreading it out by failing to see what mothers really need.

Everywhere I look, the burden of the emotional lives and development of children, finding childcare, paying for childcare, switching childcare when something goes wrong or a babysitter quits, is a boulder of burden on a mother’s shoulders.

Everywhere I look, women are asked to choose between successful breastfeeding/ secure attachment and keeping a career. My friends who chose to stay home for two years found it impossible getting back in (what were you doing with all that free time time, lady?).

“I make less than my husband so he winds up paying for my children to be taken care of when I go to work because my salary won’t cover it. But I need to feel useful and appreciated so I work anyway.”

Everywhere I look, mothers have to ask themselves if they will choose intellectual fulfillment/ “appreciation and usefulness” for $5/hr after childcare. No wonder people call mothering a thankless job. Young children aren’t developmentally ready to be grateful and I have very rarely heard about fathers gushing thanks to partners for all of the stellar childcare and emotional labor and tidying. And then there is no pay at all. Motherhood is more taken for granted than the garbage collector.

Everywhere I look I see mothers unsupported and isolated by society, partners, workplace. I see moms in-fighting about breast vs. bottle, stay-at-home vs. working moms and cry-it-out vs. bed-sharing when the real villain here is patriarchy. Patriarchy is the bad mom. We should want each mother-friend to make her own informed decisions but patriarchy divides us rather than unites us. Patriarchy oppresses us with self-doubt and hopes we will oppress other mothers.

But I’m not advocating social conservatism either. I’ll die a feminist because the republican anti-feminists are now trying to say that women should have more (white) children (because of population decline), but be a good mom by staying home, but join the workforce because we need your labor but we’re going to take away your food stamps and health care. As usual, conservatives have their brains in a knot, not making a lick of sense. None of that is going to work without top-notch well-trained childcare and/or long term government- paid maternity leave for everyone and we know the conservatives won’t want to pay for that.

The new “fourth wave” of feminism is incredible and important- but the intersectionality it stands for in racial equality, immigrant protection, LGBT rights, protecting our environment, disability rights, fighting fat phobia- is not intersecting with the motherhood that many folks in all of these groups will later come into. This is because the fourth wave is primarily a young women’s movement and women are becoming mothers much later in life than ever. I literally could not go to the women’s march because of a sick child. I have thought about going to all their summits but the topics did not reflect my concerns or my experience and the timing did not accommodate my time and travel availability because you know, I’m a mom. And I’m not holding my breath for things to change there.

Mothers, we are going to need to gather strength and anger. Because the younger less-tired feminists making waves don’t get it yet and they are not going to fight for us.

Mothers, we are going to need to feel and step into our power and demand what we need– from society, workplace and especially partners. We need to set demands, have better boundaries, let things be done imperfectly, and even give ultimatums.

Mothers, we need to demand payment for our labor in some form. In a capitalist society, that means women need to somehow be paid for caring for their own children or have childcare paid for by the government. Parts of Europe do this successfully.  I know feminists say we’re working toward equal pay for equal work but that simply won’t change until we address the value of mothering as well. Mothering cannot be removed from the picture of women’s equality. Equity cannot progress without addressing the needs of mothers.

So mothers, we need to take political office. Yes politics can be imperfect and smarmy but things only get done in coalition. I have two friends who did it with small children and lots of coffee. It can be done. I’m literally just starting with getting involved in a neighborhood group because I am new to my town and I need to begin somewhere. Maybe city council in the future. Maybe I will just watch another mom’s kids while she kicks ass- that counts.

Mothers, we need to talk about this to everyone. We need to make our many shifts seen and heard.

But we’re so tired.

Mothers, I know. It feels like a fifth shift to even think about doing this work. But then I think about my children becoming parents and I wish for them to have a better experience of parenting, partnership and career. I want them to see me standing up for myself, valuing my essential irreplacable contribution to the planet by raising them mindfully and respectfully.  And I know I am not alone.

And start by doing this: Look at all of the shifts above and write down the amount of work you do per week, especially the ones nobody really pays attention to and don’t leave off the emotional labor. Add add extra hours for emotional labor. This link can give you some calculation ideas and rates for your area. Share your numbers with your partner, friends and family.

*By fathers I really mean all non-primary caregivers and lets face it, just also lazy mother-energy-sucking adults of all genders as well.  Same-sex couples (like my wife and I) and trans and genderqueer parents often fall into very similar dynamics due to our modeling – but it stems from misogyny and patriarchy so I am using “fathers” here. In the words mother and mothering here I do not mean as specific to genitalia but as specific to the work of mothering. 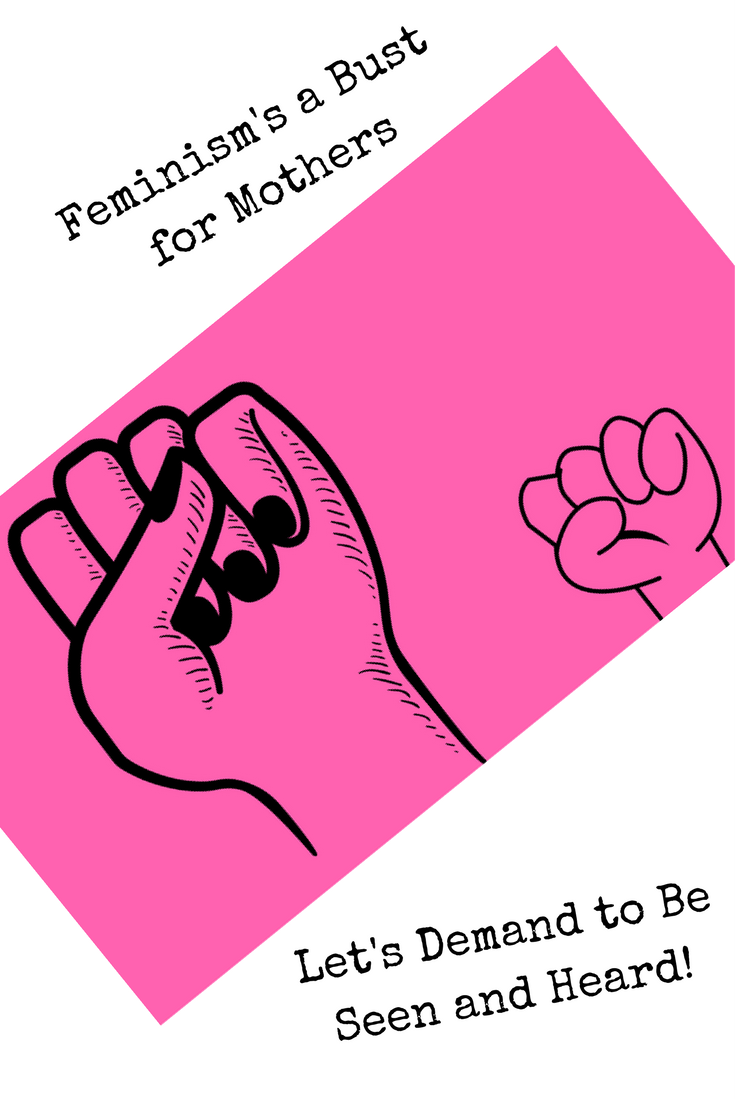